Are you irritated when Windows 10 starts to auto-install apps in your PC? When you start your PC suddenly you see apps such as Facebook showing up, displaying notifications and begging you to use it. If you did not install the app, didn’t give any permission for notifications and never used it, then why it’s bugging you?

Well, Windows 10 keeps annoying its users when it comes to apps, however things weren’t that bad earlier. Microsoft started from “we have pinned some tiles, but apps get installed only if you click on them” to “now apps will get automatically installed” to “apps installed automatically will now send you notifications”. Isn’t this ridiculous?

The “Microsoft Consumer Experience” Is Consumer-Unfriendly…

We must thank to “Microsoft Consumer Experience” program because it doesn’t gets disabled on Professional systems or Windows 10 Home. Therefore, when you use Windows 10 you get these bonus apps by default. However, the preinstalled apps may vary, although you will rarely find a Windows 10 computer without preinstalled Candy Crush.

Microsoft Consumer Experience actually runs in the background whenever a new user signs in for the first time into the Windows 10 system. It automatically starts to download apps such as FarmVille 2: Country Escape, Candy Crush Soda Saga, TripAdvisor, Facebook and whatever Microsoft wants to promote.

Well, you may uninstall these unwanted apps from the Start menu, and they should not come back at least on the user account that you use. However, these apps will come back if you try sign into some new PC with your Microsoft account. Then will have to remove those apps on every system you use.

…Microsoft Won’t Allow You To Disable It

Technically you can disable and prevent installation of these apps…however this is available for Windows 10 Enterprise as well as Education users only. Even by spending $200 for getting a Windows 10 Professional license for using your computer for business, Microsoft won’t stop its “Consumer Experience” getting into your professional PC.

Originally the registry setting or group policy that allows us to disable this feature used to work on Windows 10 Home as well as Professional in its November 2015 update and Consumer Experience was added by Microsoft. Later, Microsoft ignored this setting in Home and Professional in its Anniversary Update. Now, Education and Enterprise respect these preference.

These Apps Should Not Send Notifications 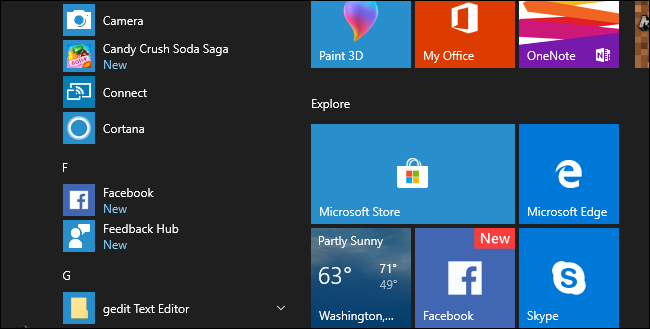 One thing Microsoft will say “these apps take littlebit of space, so there’s no harm” But these apps get pre-installed and start bugging you with its advertisements ( notifications), it’s too much to handle.

According to them Microsoft’s permission system won’t seem right if Windows 10 did not automatically pre-install apps on PCs.

Many people faced problems with this particular feature of Microsoft, since it previously added a “Keeper”. It’s a password manager of Windows 10 and it prompted users to actually install some browser plugin which had a bug and that ended up in “an absolute compromise of the Keeper security, this allowed websites to steal passwords”, as per Tavis Ormandy who is a Google security researcher.

The flaw was with the Keeper browser extension and not the Keeper app actually that Microsoft installed. Almost everyone using a password manager would install the equivalent browser extension, and this makes these password managers so useful. We understand that bugs happen, additionally Keeper has patched that hole. But the story demonstrated that Microsoft pushes products and thus isn’t a good thing.

Does any due diligence Microsoft performs on apps that it picks to install on your devices? We don’t know, since Microsoft won’t talk about the standards or decisions it takes on installing such apps.

The preinstalled apps have become a part of these mess of advertising in Windows 10, somehow theymake us feel worse . Microsoft is not even actually advertising its own products—its advertising other’s applications.

How to Disable Startup Programs in Windows

How to Disable Startup Programs in Windows

If your computer is loaded with softwares and applications, the start up of your windows will take good amount of time…
Read more

Everything is not that clear as it seems. iits difficult to understand that are companies such as Facebook, Zynga (makers of FarmVille) and King (makers of Candy Crush) paying some bucks to Microsoft for such privileges? Or Microsoft is getting desperate about these apps to add up in its Windows Store and force them on its user’s PCs?

Whatever is the situation, its absolutely insane and bad. Its important that Microsoft aloows its Windows users to use the disable “feature”, if the whole Microsoft Consumer Experience program cannot be ended since its will be for customer’s good experience.

Or, if Microsoft has no mood to make any changes, at least they should  remove notifications from automatically installing apps, that’s it. Come on, make your users happy Microsoft. Its matter of just one step, that all!